Forest fires have a detrimental impact on human health.

Smoke from fires sends particulate matter into the atmosphere: tiny pieces of material that pollute the air and enter the lungs, causing respiratory and potentially cardiovascular problems.

The smallest particles, known as PM2.5, are the most concerning. These can poison the air for hundreds of kilometres beyond the location of a fire. Inhaling these pollutants can cause respiratory issues in both the short- and long-term, ranging from coughing to asthma, pneumonia, chronic obstructive pulmonary disease (COPD) and lung cancer. As well as the elderly, the populations most likely to suffer health issues are children, pregnant women, people with pre-existing conditions and firefighters.

Tropical peat fires are particularly harmful to human health. These are especially difficult to extinguish as they burn both horizontally and vertically, meaning the fire may also be underground. Peatlands in Indonesia are predominantly drained and burned for palm oil and pulp plantations. These blazes emit three to six times more particulate matter per unit of carbon burned than fires on grasslands and forests. This is particularly troublesome in Indonesia, which contains 36% of the world’s tropical forest peatlands, covering more than 20 million hectares. Large areas of this peatland have been drained and cleared of vegetation, which makes them susceptible to fire. During the 2019 fires in Indonesia, nearly one million people suffered from acute respiratory infections. 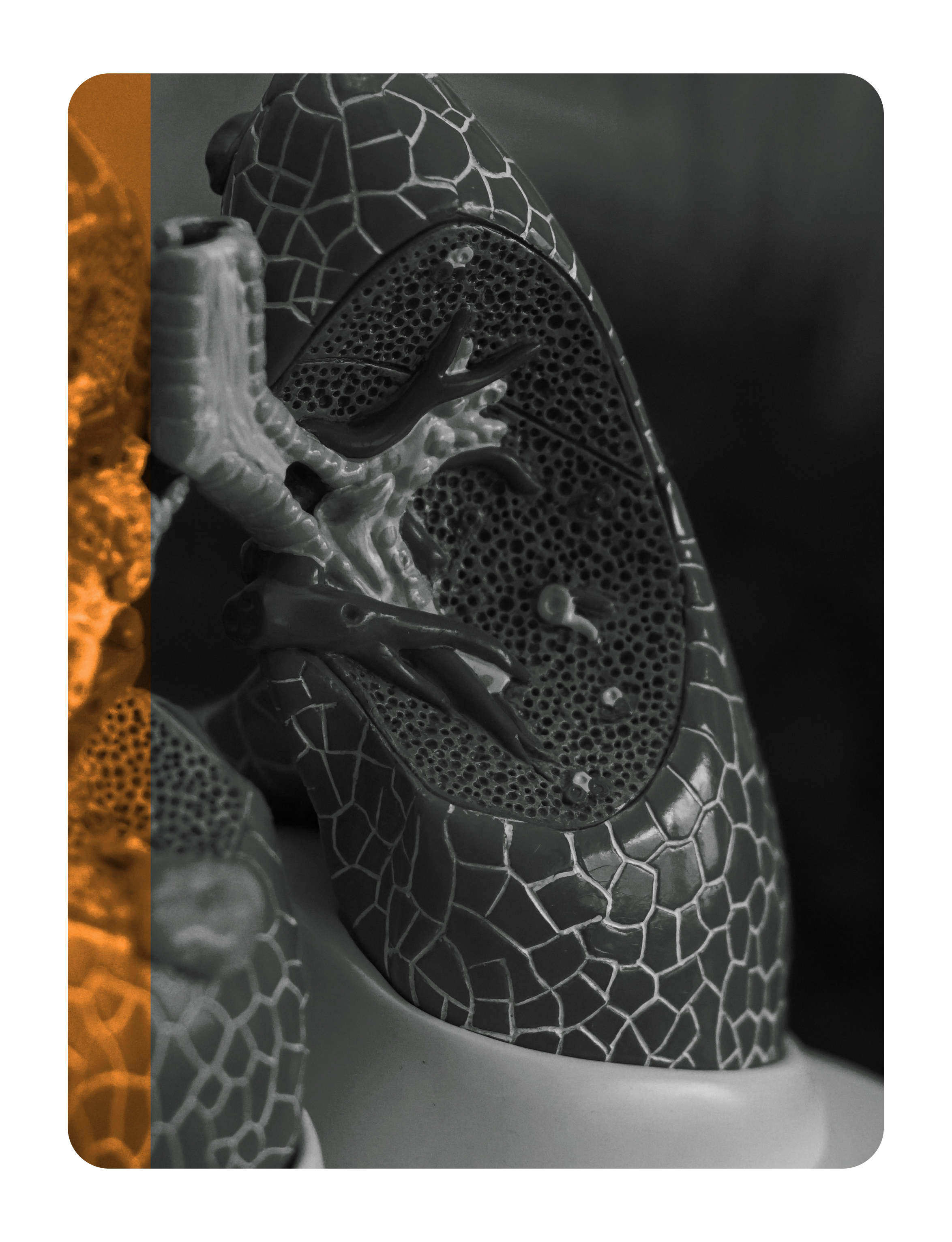 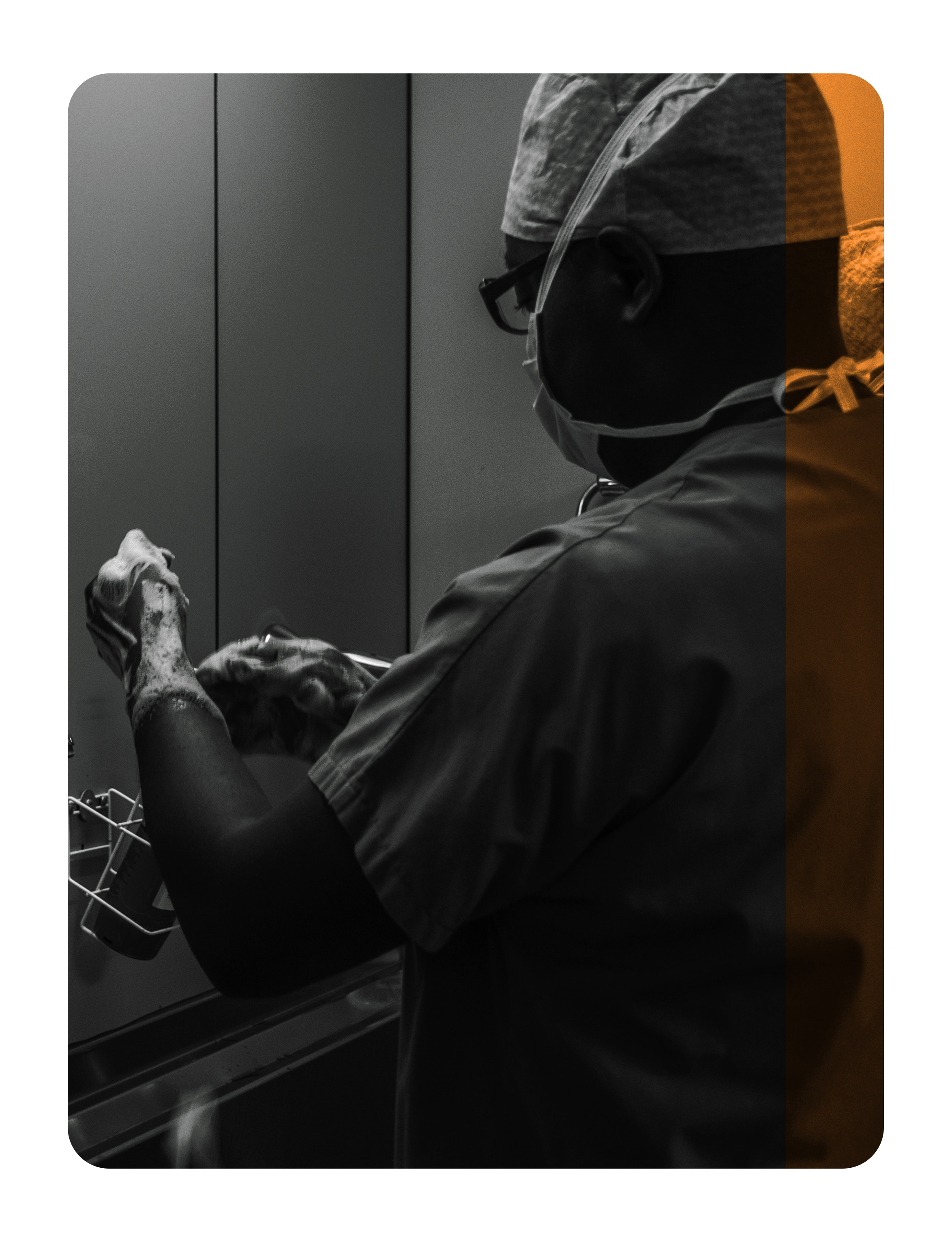 The health impacts of fires are magnified by Covid-19.

Various health organisations, such as the World Health Organisation and the European Public Health Alliance, have warned that people living in polluted areas may be at greater risk from coronavirus. Analysis has shown that even a tiny increase in particle pollution levels in the years prior to the pandemic was associated with a 15% increase in the death rate.

Worsening forest and bush fires are increasing the health impacts on people, according to a 2021 report from Global Climate and Health Alliance, with exposure leading to more emergency room visits and contributing to the burden on healthcare systems. In 2020, intensive care units in Brazil became saturated as coronavirus spread through the country – in the state of Amazonas in April, the government reported that occupancy reached 96%. Fire-affected communities also had greater vulnerability to COVID-19’s most serious effects – Indigenous people in Brazil’s Amazon already suffer a nearly 250% higher COVID-19 death rate than the general population.

Forest fires also have the potential to aid the transmission of COVID-19 by triggering large-scale emergency evacuations, with people forced to live in overcrowded shelters where social distancing is impossible. Some 80,000 people were evacuated during the California fires in 2016, for instance.

Both Brazil and Indonesia could keep facing dire problems in their health systems if the pandemic is not under control and authorities fail to plan ahead for the return of smoke-induced illnesses.

Climate change is making forest fires worse in many places, but dry weather alone does not explain the recent spike in tropical forest fires in Brazil and Indonesia.

The links between fires and climate change is identifiable in their contribution to carbon emissions – as soils and vegetation are burned, they release stored greenhouse gases and increase emissions.

In this way, deforestation and fires are linked to rising carbon emissions. White-sand savannas are expanding in the heart of the Amazon as a result of forest fires, and since 2010 the Amazon forest emitted more CO2 than it absorbed. Recent research shows that the Amazon forest fires continue to drive emissions for up to around two decades after burning because of the slow death of trees. This means that emissions from forest fires do not reach their peak until four years after the fire. This is significant considering Indonesia’s fires emitted 360 million metric tons of carbon dioxide in summer 2019. Additionally, carbon emissions in Chaco are similar to that of the Amazon and Southeast Asia – between 1985-2013, emissions were 31.7 million tons of CO2 annually.

Peat fires are also especially damaging. Whereas tree regrowth can balance emissions from some forest fires, when peat burns it can release 100 times the carbon that a wildfire does.  Recent research found that drying peatlands could release an additional 860 million tonnes of carbon dioxide into the atmosphere every year, by around 2100 – which is more than Australia’s emissions in 2019 (539 million tonnes).Furthermore, the carbon that has been stored in peat over thousands of years cannot be replaced.

The black carbon emitted by Amazonian fires has also been linked to the melting of glaciers in the tropical Andes. Climate change also increases the frequency and intensity of El Niño years, which currently occur about once every five years.  Drought increases in El Niño years, meaning fires ignited by humans for deforesting purposes can more easily get out of control due to the dry conditions. 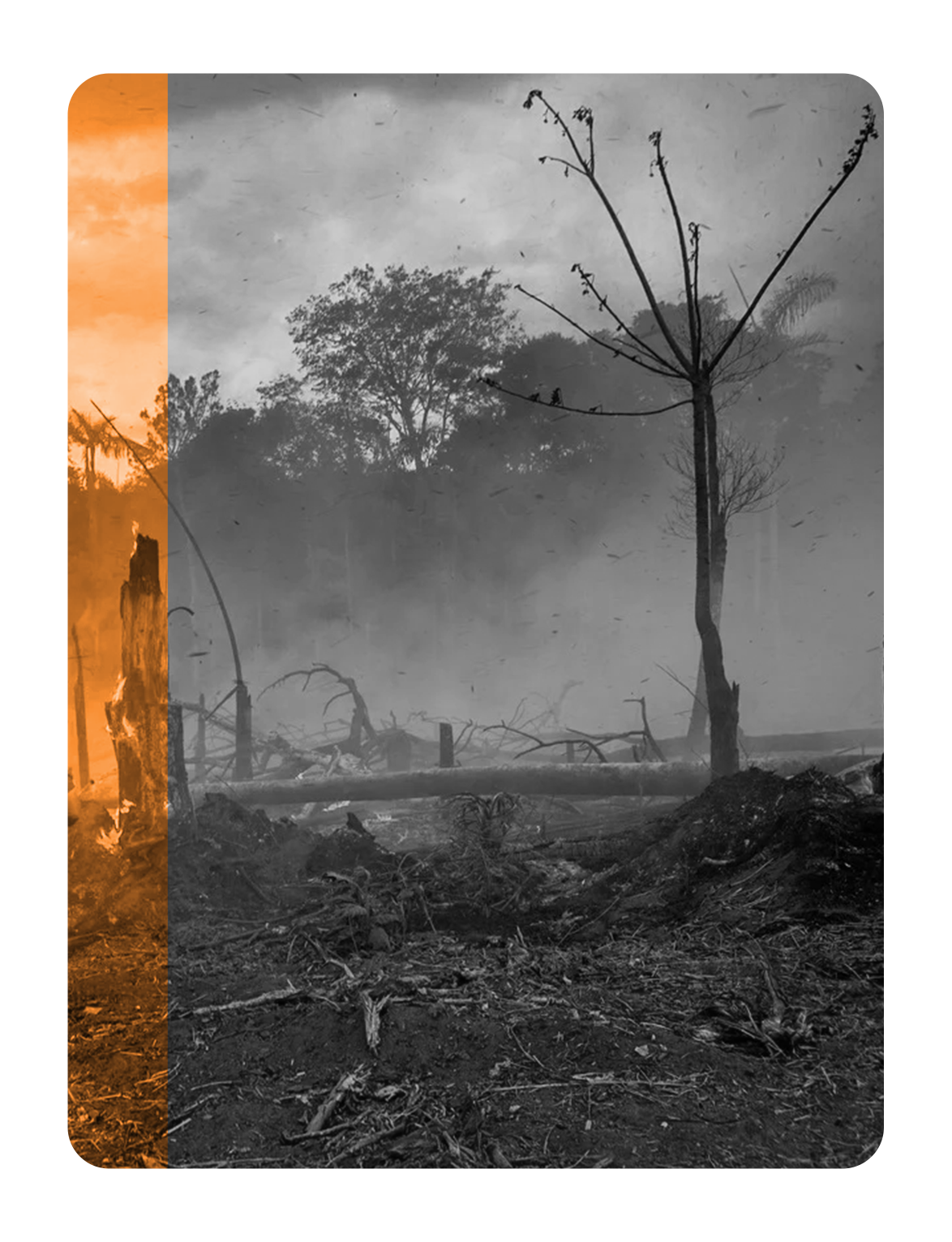 The clearing of the forest in the 'Day of Fire' areas continues even after the attention that the fires attracted inside and outside Brazil. 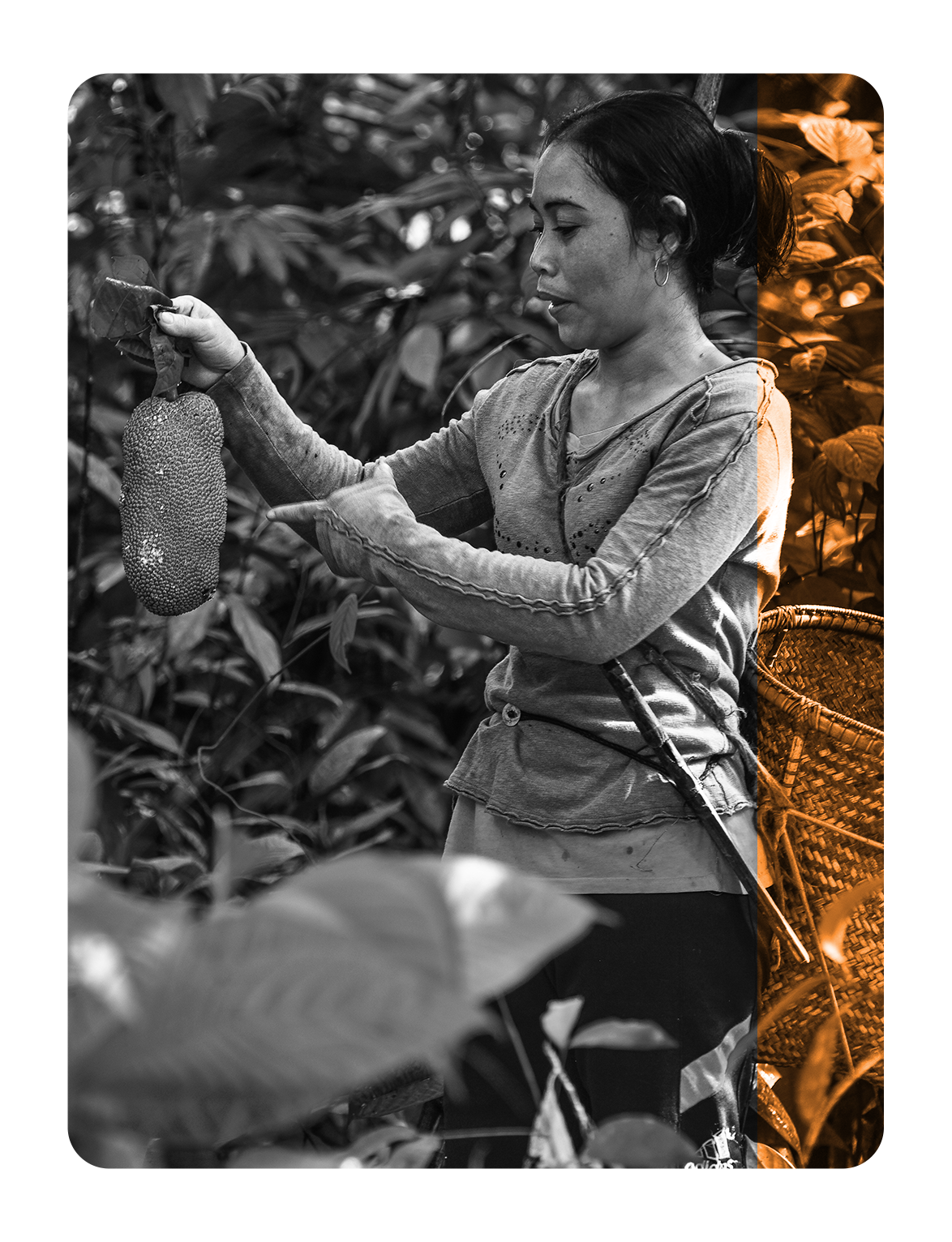 Forest fires have economic consequences, and these could be particularly acute as the world faces a recession in the wake of Covid-19.

Fires produce a range of economic impacts, including costs to healthcare services, damage to tree plantations, crops and houses, delays to flights and transportation, plus school closures and evacuations. Even low-intensity fires can kill up to 50% of trees and reduce the value of forests for local people.

The World Bank estimates that the economic loss caused by the 2019 fires in Indonesia amounted to USD 5.2 billion, equivalent to 0.5% of the country’s GDP. It estimates that USD 157 million of this was related to direct damage and USD 5 billion was from affected economic activities. However, these costs do not encompass the whole scope of the damage, such as reduced quality of education due to ill health and falling demand for Indonesia’s palm oil as trade relations sour with European countries. In Brazil, a nascent area of research into the effects of deforestation on local climatic change suggests that soy and maize crop yields could be reduced, with potential economic consequences for farmers as well as global grain prices.